Posted on January 23, 2018 by Bookmark Chronicles 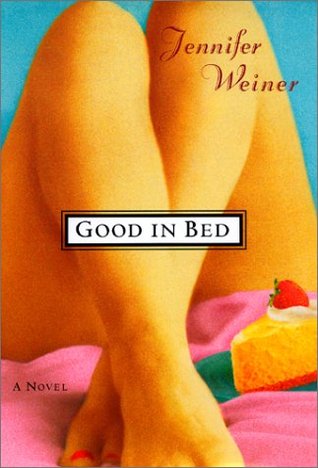 For twenty-eight years, things have been tripping along nicely for Cannie Shapiro. Sure, her mother has come charging out of the closet, and her father has long since dropped out of her world. But she loves her friends, her rat terrier, Nifkin, and her job as pop culture reporter for The Philadelphia Examiner. She’s even made a tenuous peace with her plus-size body.

But the day she opens up a national women’s magazine and sees the words “Loving a Larger Woman” above her ex-boyfriend’s byline, Cannie is plunged into misery…and the most amazing year of her life. From Philadelphia to Hollywood and back home again, she charts a new course for herself: mourning her losses, facing her past, and figuring out who she is and who she can become.

This is only the second time that I’ve picked up a novel by Jennifer Weiner. The first time was okay. The book was interesting and got my average rating. Afterwards, I was interested in reading more of her work. I’d heard good things about Good in Bed but I didn’t even make it 100 pages.

First let me say that I do appreciate the topics brought up in this book including body image, self confidence and sexual orientation (although Cannie’s response was awful).

My issue with the story comes from the fact that Cannie’s ex boyfriend betrayed her confidence and printed an article about her which she found hurtful. She confronted him, he brushed her off. Somehow, Cannie starts thinking about trying to get him back despite the fact that he has made it obvious that he doesn’t want to see her. When Cannie find’s out that Bruce’s father has passed away, she tries her hardest to be supportive….but it’s obvious Bruce does not want her support. He damn near ignores her the entire time but she insists on sticking around. Eventually they somehow end up alone and she sleeps with him. Thinking that it will be a new start for them but instead he tells her to leave. She gets in her car and the last line I read was, “he’ll love me again.”

3 Responses to DNF Review: Good in Bed by Jennifer Weiner