Posted on May 7, 2018 by Bookmark Chronicles 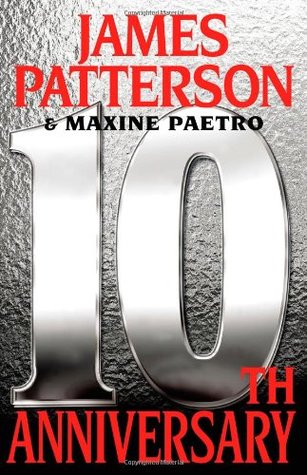 Detective Lindsay Boxer’s long-awaited wedding celebration becomes a distant memory when she is called to investigate a horrendous crime: a badly injured teenage girl is left for dead, and her newborn baby is nowhere to be found. Lindsay discovers that not only is there no trace of the criminals – but that the victim may be keeping secrets.

At the same time, Assistant District Attorney Yuki Castellano is prosecuting the biggest case of her life – a woman who has been accused of murdering her husband in front of her two young children. Yuki’s career rests on a guilty verdict, so when Lindsay finds evidence that could save the defendant, she is forced to choose. Should she trust her best friend or follow her instinct?

Lindsay’s every move is watched by her new boss, Lieutenant Jackson Brady, and when the pressure to find the baby starts interfering with her new marriage to Joe, she wonders if she’ll ever be able to start a family of her own.

Finally, FINALLY Lindsay and Joe got married. She was really starting to get on my nerves.

Honestly, in general, Linds is kind of becoming really annoying She can’t make up her mind about anything and she blows up at people sometimes for no reason.

I was also pretty pissed at Cindy at the end of this one. If you know that a serial rapist works for a certain cab company, why the fuck would you call a cab from that company? And you’re a reporter so he knows who you are. Common sense Cin!

I’m happy for Cindy and Richie though, although I feel like it’s a bit soon for them to be getting married.

I’m happy that Linds and Joe are getting the baby that they want but at the same time, the way that Patterson wrote it (a few decades ago and through the lens of a man) makes it seem like as women we have to want babies or else our womanhood is stripped from us. I hate that. But I hope it works out and that she doesn’t do anything stupid while she’s carrying.

The Richardson case was an interesting one. Avis and Jordan’s relationship was very strange. And her parents covering up and (seemingly) approving of her relationship with a teacher is weird.

Still a good read though