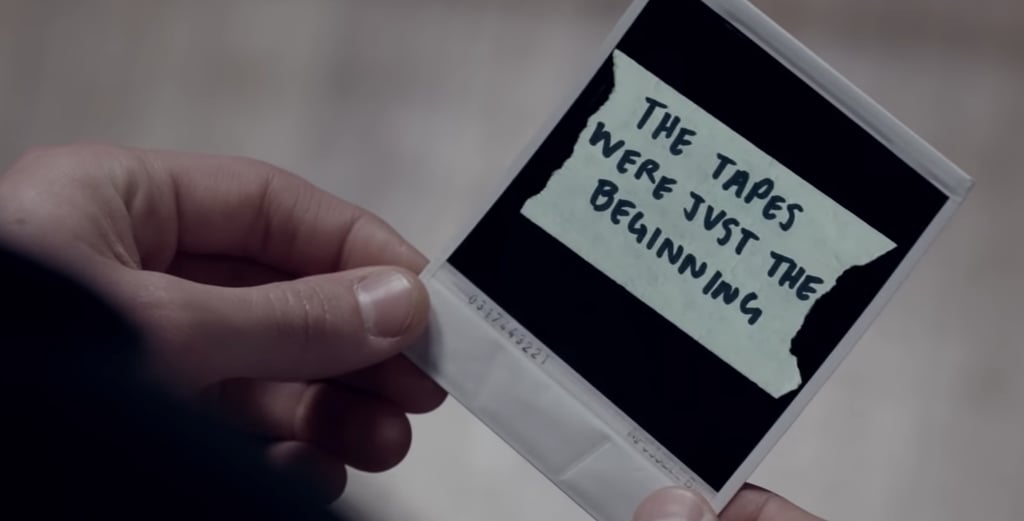 Okay friends. Let me start by saying (again) that this show is not for everyone. That’s okay though. If you can’t watch because you know that it will trigger you, good. Don’t put yourself though that kind of pain. If you don’t watch because you don’t like the content/don’t care…well then maybe you should do some self reflecting. None of these topics are easy to discuss but that doesn’t mean we ignore them. Do I agree with how they did everything? No. But the fact of the matter is they tried and they successfully started a conversation that should have been started years ago.

For those of you who said that Hannah’s suicide was about revenge: You get called out in the show. That was never the point and you know it. How many times have you had a hard time saying something out loud or to someone’s face? Hannah made the tapes so that she could say everything that she wanted to say. You don’t have to like the way she did it but it’s the truth.

For those of you who said they never consulted mental health professionals. Yeah they did. And you can hear from those professionals in Beyond the Reasons, also on Netflix.

For those of you who said that they never gave any resources. You’re wrong too. They have plenty on the show’s website and have put a link at the end of each episode this season. So that’s proof that they listen and are paying attention to the feedback.

As I’ve said before, talking shit about the show because it doesn’t match your own experience is unacceptable. You can read more of that here.

If you’re interested in my review of season 1, that can be found here.

Otherwise, let’s get into season 2.

I think I’m going to do this by focusing on characters.

Let’s start with Skye. I love seeing more of her. I actually like her a lot. I think her experience is a unique one. I felt bad for her though, because Clay was such a shitty boyfriend. When she disappeared, I had an idea of where she went. Skye was already worried that Clay wasn’t over Hannah, yet he’s leaving her messages all about Hannah. I felt that was a shitty thing to do. I’m so glad that she got the help that she needed, and that she’s doing better. Of course, that doesn’t always happen for everyone. We know that. They know that. That still doesn’t mean that it never happens. Of everyone, I’m glad that she got a sort of happy ending and a chance to start over.

Oh, Justin. I was glad that he was found. I was so sad to see him on drugs though. I was really hoping that he would stay clean, so I wonder how this will play out in the future when Clay – or his parents – catch him. This is the example of a not-so-happy ending for those that so desperately need it. I really hope he doesn’t die though. Also, it looked like Seth was planning to come after him so I wonder what will happen there.

Oh and I like that the Jensons adopted him. That was sweet of them.

I hope Marcus loses everything. Seriously.

I’m happy that Courtney came out but I hate that she was forced to. Obviously, her parents would be accepting but she wasn’t ready. That attorney was a real bitch.

I didn’t really feel that Ryan played a huge role in this one. I like that we saw more of him with Tony but that’s just because I really love Tony.

I didn’t pay too much attention to Cheri last season but I do like her. I’m so glad she made it out of that “clubhouse” I was seriously worried for her. I know she wanted to get information but I don’t think it was worth putting herself in danger like that.

I am really happy that Alex survived. His story is similar to an old friend of mine’s so I had a lot of feelings watching him recover.

I love that they included some flashbacks with Jeff. I loved him.

I personally don’t think that Porter could ever really redeem himself for what he did to Hannah. But I love that he is taking it seriously and trying to be a better counselor. I don’t condone violence but I enjoyed the scene when he gripped Bryce up. Not sorry.

In season one I had no feelings toward Zach. He was kind of just there. Now I kind of like him. I think he took way too long to step up but I like his story with Hannah, and that he’s becoming a better person.

Bryce. I wish that bitch was in jail. It’s like Brock Turner all over again except he didn’t even get jail time. As much as I hate that he only got three months probation, I feel like this is an accurate depiction of our justice system. The defense even said that he lost his scholarships like that was the most important thing and the judge said he didn’t want to “add more harm.” It’s fucking disgusting. But it’s so fucking true. Also, Bryce’s mama should have whooped his ass when he said all of that stuff to her. That slap did nothing.

I wanted to believe that Chloe wasn’t as naive as she acted. But when she sided with Bryce during the trial, I knew that was it. The fact that she even dated Bryce when there were rumors that he raped two women should have been enough to stop her. But now she’s pregnant so I wonder how that will play out.

I understand why Nina stole the box. At the same time I hate that she did it. But I get it and I feel like I can’t be mad at that.

Tony. I love him so much. I get that he has a past and he’s worried, but dammit he’s still my favorite. I also love his new boyfriend. He needs to be careful though, I’m worried about his record.

Jessica’s struggle is so real. I know so many women who have been raped and unfortunately a lot of them can relate to Jess. It happens and then they have to continue to see their rapist in the halls and on campus and almost always nothing is done about it. That seriously makes me sick. I love that she had Nina though. I think she helped her out a lot.

Clay is really starting to get on my fucking nerves. Aside from the whole thing with Skye he’s just fucking annoying. He claims he wants justice for Hannah but stops caring because he’s jealous that she slept with Zach instead of him. Are you fucking serious?Clay makes everything about him. Hannah doesn’t how him anything. Hannah can fuck whoever she wants. He does not own Hannah. And he was completely inconsiderate about releasing the tapes. Who are you to decide that Jessica’s story should be out? What the fuck?

I’ve been worried about Tyler since the end of last season. I felt so happy for him when he found a friend. Even when it started to go downhill again, after his program he looked like he was doing so well. And then Montgomery had to fuck it all up and assault him. This was the scene that was hardest for me to watch this season. I know that a lot of people are complaining about it on social media and I get it. However, this is also something that happens. I don’t know how often it happens that way but it does happen. I will admit that I really wasn’t expecting that when the trigger warning came up. I was shocked and disgusted that Montgomery thought to do that just because he was angry. Like I get that baseball was all he had but who thinks of getting revenge on someone like that you know? I didn’t expect the show to go there but I get it.

A lot of people are also complaining about the fact that Clay was able to talk Tyler down from shooting everyone. Is that how it would happen? Is it that easy to prevent? I don’t know. WE don’t know. I live in America so this topic is a recent one. Maybe it seemed too easy but that doesn’t mean that it was unrealistic.

By no means am I saying that Netflix or this show does everything right. But they don’t do everything wrong. And quite frankly, how many other companies are talking about these things? We can’t keep ignoring these issues. We just can’t, because that’s how we got here in the first place.

There were still plenty of things that I didn’t agree with. I for one think that content warnings should have been placed on the episodes with flashbacks from Hannah and Jess’s assaults. Just because it wasn’t the full scene doesn’t mean that it won’t still have the same impact.

I also had a lot of issues with episode 9. I felt like a theme of that episode was that Hannah didn’t specifically say rape therefore nothing could be done. That’s bullshit. Porter fucked up and even he knows that. A lot of things that Hannah said raised red flags and her death could have perhaps been avoided. She did what a lot of people don’t do. She asked for help and he failed. That’s on him.

And the fucking school. Lawsuit or not, you shouldn’t be suspending students for talking about suicide or worrying about renovations. And the damn principal. Porter left files of students who needed the most help and he literally didn’t give a fuck.

There’s a lot wrong in this show but there’s also a lot right. A lot that’s accurate as much as we hate to admit it.

I’m open to hear opinions even if they disagree with mine. I’m trying to be as positive as possible about the situations presented and if you don’t see it that way, that’s okay. I really do want to hear what y’all have to say so leave me a comment here or message me on social media.