Let’s Talk About 13 Reasons Why 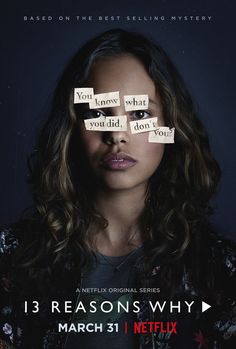 So, season 2 of 13 Reasons Why will be released on Netflix tomorrow. I just have a few things to say before that happens.

In the wake of #MeToo and Times Up, I just want to remind you of the unity that so many of you expressed. How you listened to the people who came forward, believed them and supported them.

Hold on to that as 13 Reasons Why starts trending again.

Everyone has different experiences. Everyone responds to certain things differently. Just because you’ve had a particular experience and reacted a certain way does not make you an expert, or mean that everyone’s else’s experience has to be like yours. That’s not how any of this works.

This country already fails miserably when it comes to having an open dialogue, resources, providing proper and efficient support for both mental health and sexual assault. All you’re doing is adding to the problem.

A lot of people also complained that the school didn’t have any resources for students until after Hannah’s death. I absolutely understand how this could infuriate many people but the fact of the matter is that this is how it happens. A tragedy strikes and institutions learn from it.. That is how many safety aspects come about. It sucks but it’s the truth.

Another thing that y’all need to realize is that this was a book before it was a show. A book that was released in 2007. I was in the 7th grade at the time and I think that we can all agree that we didn’t have a lot of popular books for tweens at that time that dealt with sexual assault, depression, and/or suicide. Jay Asher was a head of the curve.

With that being said, I absolutely understand that this show will not be for everyone. It could also be incredibly triggering for some so if you are interested in watching I suggest that you pay attention to the warnings and stop if you need to.

I’m happy to have an open discussion about all of this and hear what everyone has to say. I’m open to hearing different viewpoints. That is how we learn and move forward. But I don’t want to see any disrespectful remarks or attacks.

But anyway, let me hear you thoughts. Here, on Twitter, message me. Wherever you’re most comfortable.

17 Responses to Let’s Talk About 13 Reasons Why