Posted on June 3, 2016 by Bookmark Chronicles

*Trigger Warning: This post will include discussion and a video about rape and sexual assault*

If you’re unfamiliar with what rape culture is, basically its a ridiculous societal belief that rape is… acceptable.

Did you know that if you Google ‘rape culture’ the definition starts off with “In feminist theory…” Apparently we feminists are the only ones who think that rape is wrong (despite the fact that it is illegal and horribly traumatizing) and shouldn’t be perpetuated. Well, I’m here to tell you that unfortunately, rape culture is very very real and that more people need to take a stand against it.

If you’ve been following me for a while then you know that I use Franchesca Ramsey’s videos often. This video was released four years ago and I didn’t see it until today. I have to admit that I am so heartbroken by it, but I hope you see how this relates to the point.

Before I really get into things here, I never watched an Jenna Marbles videos but I remember how all of my friends talked about how much they loved her. Finding out that she is a slut shamer and makes jokes about being gang raped, I will continue NOT watching her videos.

Where does rape culture come into all of this? Well, let’s start with the coworker. Pressuring her to drink is one thing, but after seeing how drunk she was why would you let your boyfriend’s friend be alone with her? Perhaps she was also drunk and didn’t see the issue. So, if that were the case, when you realized that she was unaware of the fact that she had sex with him because she had blacked out, what the hell made you think that it was something to be made a joke of? Then, to make all of that a million times worse she asks you not to tell anyone and you tell EVERYONE including a manager. The fact that all of these people knew about it and  NO ONE thought to ask if she was okay and IF SHE HAD GIVEN CONSENT. All of that perpetuates rape culture.

Take a second to think about this, and I mean seriously think about it. Some people believe that sex is a very intimate act and should only be done in marriage or with someone that you love. Some people believe that it is simply an act for pleasure and may not care so much about the intimacy. Either way, when it is forced both pleasure and intimacy are removed for the victim. It becomes traumatic and painful. Having power and control over your own body taken away from you is one of the scariest things that could ever happen. If you don’t understand how horrifying that could be or think that its something to joke about, then YOU are a part of the problem and a part of the reason that rape culture exists. 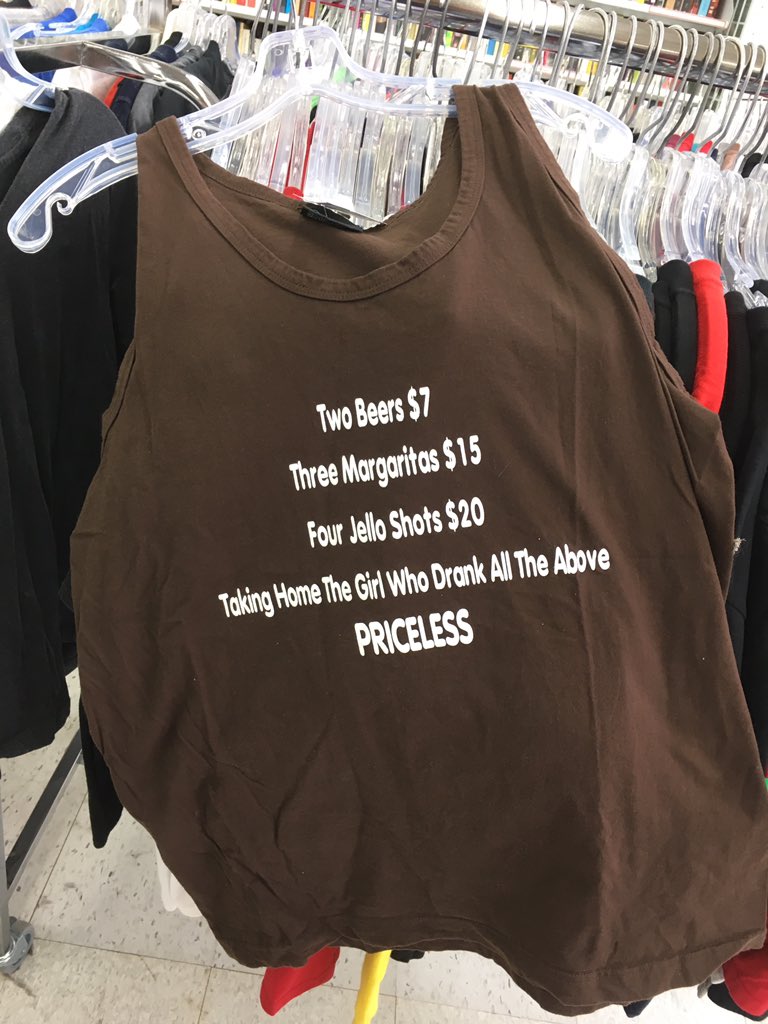 Wow. Some sick twisted asshole even put it onto a shirt. If you looked at this and thought it was funny or would even be willing to wear something like this, congratulations you help perpetuate rape culture. What this shirt says is that the person who created it and the people who support it are so incredibly disgusting and brainless that they think that someone being taken advantage of (yes, that is exactly what this promotes) is somehow amusing. And actually there is a price. The victim has something stripped away from them and the rapist should be paying with serving a jail sentence.

Rape culture exists because a judge in Spain thought that it was acceptable to ask a victim “Did you close your legs firmly?” Because an attorney in Michigan City called a victim a “whore.” Rape culture exist because (this will make you want to vomit) a man forced is 14 year old daughter to marry her rapist ( who is 10 years older than her) because he got her pregnant. Appalling right? Well, the good news is that both the father and the rapist are in jail. Yes, I very strongly believe that the father deserved to serve time. In fact the judge put him in jail for every day that his child was forced to be her rapist’s wife.

Furthermore, rape culture promotes this idea that a woman can’t rape a man because “men are too tough” and they “always want it.” Or that only gay men are assaulted or assault other men. Both of these views completely contradict each other so you know that they’re both lies. Any man can be sexually assaulted regardless of their age, appearance, strength or sexual orientation. Believing in bullshit like this makes it hard for men to come forward about their assault, when they already have much fewer resources than women do. I mentioned in a previous post that the first ever  U.S. shelter for male assault victims was just opened this year. Long overdue.

These are the things that are taught (mostly to young girls) that perpetuate rape culture:

What we actually should be teaching is:

This image pretty much sums it all up…

Rape is never the victim’s fault

But it’s all just a conspiracy right?